Pros and cons of hiring a promotional staffing agency 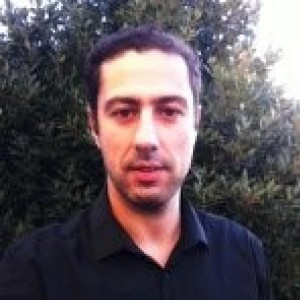 Our operations during the Covid-19 pandemic

Reasons why door drops are crucial for marketing a new restaurant

How to promote extracurricular activities?

What is a promotional staffing agency?

To begin with, it’s important to know exactly what is a promotional agency, and what do they do. First of all, a promotional staffing agency is a company which supply temporary workers to their clients. The duties of the workers, called “staffers” in the industry, vary from street leaflet distribution to Sales Representative in Exhibitions. Businesses can hire their services on-demand whenever and wherever they want. Additionally, this type of agency are called promotional agency or “promo agency”. In general, companies hire promo agencies because they have Marketing needs to fulfill, and they do not have the time or expertise to do it by themselves.

The most common reason why businesses use promo agencies is for Brand Activation. In most of the cases, Brand Activation is the process when a start-up or a company launches a massive action of offline communication. In other words, it’s to generate awareness about a Brand. For instance, it can be to distribute leaflets throughout the Tube stations, proposing samples nationwide in the supermarkets, setting up stands for direct sales inside the malls, etc. Consequently, it often requires to hire a company that will do the executive work. In other words, the promo agency is in charge of collecting the materials, recruiting the temporary workers and placing them. Alternatively, businesses can hire promotional agencies to try to get an increase in sales or sign-ups. As well, Brands can hire promotional agencies for Corporate Events such as trade show. The temporary workers work on the behalf of the Brand.

To begin with, hiring a promo agency for a wide offline Marketing campaign is a huge save of time. For instance, a new car rental company wants to generate awareness in London by distributing leaflets in 20 Tube stations for 2 weeks, recruiting leaflet distributors will be a never-ending hiring process. Whereas, hiring an agency which will be in charge of recruiting and hiring the workers will enable to get the Brand known quicker. Briefly, hiring this type of Marketing agency is interesting for Brands willing to promote their offer widely and for a long term.

To begin with, big companies have a clear advantage over small & medium businesses in Brand awareness. For instance, a firm such as Coca-cola will have its new Coca-cola Energy’s offer known by the public easier than a new variety of vegan cakes made in a local restaurant. For example, if the well-known Brand have hundreds of promoters for 2 months operating nationwide, they will have their offer known quicker than the local restaurant and its scarce number of promoters. In other words, the more we are, the stronger we are. In contrast, the new vegan cakes example made in a local restaurant.

This point is close to the last one. In fact, being able to afford a nationwide promo agency means having a wider outreach capacity. Let’s get back to the new vegan cakes’s example. How are they going to promote their new cakes? It’s more likely they will send a member of their staff to propose cakes samples to the passers near their restaurant. By doing so, they cut their marketing cost (yes, in general, this type of business see marketing as a cost, not an investment). As a result, only 1,000 or 2,000 local people will be aware of the taste of their cakes. Contrarily, Coca-cola will have millions of people aware about the taste of their new drink, through a nationwide sampling campaign.

To begin with, I would like to explain what I mean when I say Brand Authority. It’s a relation between the Brand Notoriety and the number of external companies working on the behalf of the Brand. From this perspective, we can say a Brand such as Tesco is a high Brand Authority because they outsource the production of many Tesco products to specialized factories. As a result, we can say Tesco have Authority (and Power) because a lot of companies work for this Brand. Then, when a Brand hire a promo agency, consequently, it shows Brand Authority and well-establishment which is good for the Brand’s Image & Marketing.

1) It can be expensive

To begin with, promo agencies aren’t suitable for all businesses. Especially, for small businesses, it could be worthless. Firstly, most of those cannot afford paying an agency £18/h a Brand Ambassador handing out leaflets. Then, it’s not a given the small business will have the Return Of Investment wanted. As well, it can be applied for bigger companies. In my past experience, I have seen ill-fated leafleting campaign worth over £10,000. Even though, bigger companies have a bigger financial capacity, it can be a costly expense, especially if the ROI isn’t as expected.

2) Lack of commitment from the workers

In addition, it’s not because you have hired a “high-end” promo agency that you will have results. Any business has strengths and weaknesses, and top companies aren’t an exception to the rule. Most of the promo agencies have a high staff turnover and a lot of clients. As a result, it’s very likely that a staffer will not give his best for a 3-days leafleting campaign, for instance. Furthermore, we cannot blame the Staffers because if he or she is fired, what do they have to lose? Not a lot, most of the Staffers are either students, workers looking for extras, or precarious worker. From this perspective, do not expect miracles.

Additionally, as explained in the previous paragraph, do not expect too much from the workers. Especially, because most of the promo agencies struggle to offer attractive wages. In fact, we cannot blame them for that, because they have a lot of expenses such as office, loans, officers, etc. Consequently, they cannot keep the majority of their temporary workers highly motivated. As well, sometimes, promo agencies try to give incentives to the workers. Which is a good idea, but those incentives are too often scarce, irregular, and hard to set up.

4) Your business is very likely to not be their priority

To clarify, a top promotional staffing agency has a lot of clients. Therefore, it’s possible they work with Brand known worldwide such as Apple. From this point of view, I repeat they have a lot of clients and well-known Brands. So, please use your Brain wisely, do you think if things go wrong with your business that they will be embarrassed? As you have guessed, they will not be bothered, especially if it’s a well-established promo agency.